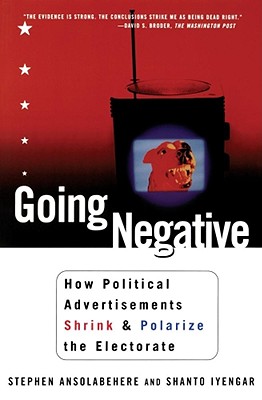 
Not On Our Shelves—Ships in 1-5 Days
Political advertising has been called the worst cancer in American society. Ads cost millions, and yet the entire campaign season is now filled with nasty and personal attacks. In this landmark six-year study, two of the nation's leading political scientists show exactly how cancerous the ad spot has become. 16 illustrations.
Stephen Ansolabehere is a professor of government at Harvard University.