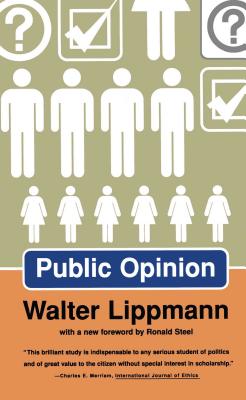 
Not On Our Shelves—Ships in 1-5 Days
(This book cannot be returned.)
In Public Opinion, what is widely considered the most influential book ever written by Walter Lippmann, the late journalist and social critic provides a fundamental treatise on the nature of human information and communication.

Public Opinion is Walter Lippmann's is of enduring significance for communications scholars, historians, sociologists, and political scientists.
Walter Lippmann was a writer, reporter and political commentator. With a career spanning 60 years he is famous for being among the first to introduce the concept of Cold War, coining the term.