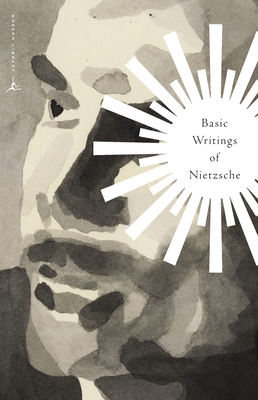 One hundred years after his death, Friedrich Nietzsche remains the most influential philosopher of the modern era. Basic Writings of Nietzsche gathers the complete texts of five of Nietzsche’s most important works, from his first book to his last: The Birth of Tragedy, Beyond Good and Evil, On the Genealogy of Morals, The Case of Wagner, and Ecce Homo. Edited and translated by the great Nietzsche scholar Walter Kaufmann, this volume also features seventy-five aphorisms, selections from Nietzsche’s correspondence, and variants from drafts for Ecce Homo. It is a definitive guide to the full range of Nietzsche’s thought.

Peter Gay is Sterling Professor Emeritus of History at Yale University and the former director of the Center for Writers and Scholars at the New York Public Library. His works include The Enlightenment: The Science of Freedom and Modernism: The Lure of Heresy.
"Nietzsche is one of the few philosophers since Plato whom large numbers of intelligent people read for pleasure."
--Walter Kaufmann