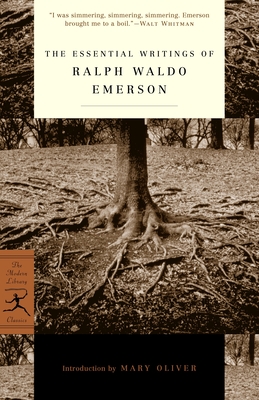 The definitive collection of Emerson’s major speeches, essays, and poetry, The Essential Writings of Ralph Waldo Emerson chronicles the life’s work of a true “American Scholar.” As one of the architects of the transcendentalist movement, Emerson embraced a philosophy that championed the individual, emphasized independent thought, and prized “the splendid labyrinth of one’s own perceptions.” More than any writer of his time, he forged a style distinct from his European predecessors and embodied and defined what it meant to be an American. Matthew Arnold called Emerson’s essays “the most important work done in prose.”

INCLUDES A MODERN LIBRARY READING GROUP GUIDE
Winner of both the Pulitzer Prize and the National Book Award, Mary Oliver is the author of The Leaf and the Cloud, West Wind, and A Poetry Handbook, among others. Over the past two decades she has taught at various colleges and universities—Case Western Reserve, Bucknell, Sweet Briar College, the University of Cincinnati, and Bennington College in Vermont. She lives in Provincetown, Massachusetts, and Hobe Sound, Florida.
"I was simmering, simmering, simmering. Emerson brought me to a boil."
--Walt Whitman