The Rebel: An Essay on Man in Revolt (Vintage International) (Paperback) 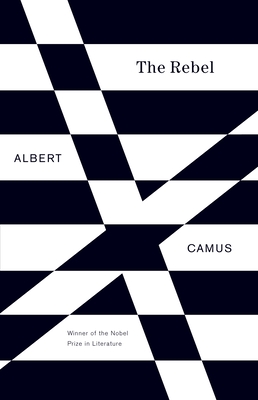 The Rebel: An Essay on Man in Revolt (Vintage International) (Paperback)


On Our Shelves Now at:
By one of the most profoundly influential thinkers of our century, The Rebel is a classic essay on revolution. For Albert Camus, the urge to revolt is one of the "essential dimensions" of human nature, manifested in man's timeless Promethean struggle against the conditions of his existence, as well as the popular uprisings against established orders throughout history. And yet, with an eye toward the French Revolution and its regicides and deicides, he shows how inevitably the course of revolution leads to tyranny. As old regimes throughout the world collapse, The Rebel resonates as an ardent, eloquent, and supremely rational voice of conscience for our tumultuous times.

Translated from the French by Anthony Bower.
Albert Camus was awarded the Nobel Prize for Literature in 1957.
"The Rebel is a piece of reasoning in the great tradition of French logic....But what is so exhilarating about Camus's essay is that here is the voice of a man of unshakable decency." -- Atlantic

"Camus's book is one of the extremely few that express the contemporary hour...yet profoundly transcend it." -- New Republic