An Inquiry Into Modes of Existence: An Anthropology of the Moderns (Paperback) 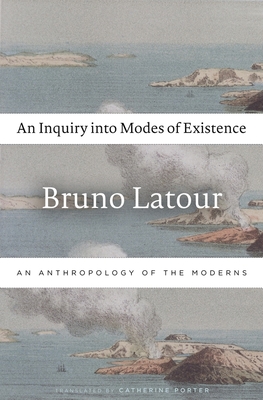 An Inquiry Into Modes of Existence: An Anthropology of the Moderns (Paperback)

Over the past twenty-five years, Bruno Latour has developed a research protocol different from the actor-network theory with which his name is now associated--a research protocol that follows the different types of connectors that provide specific truth conditions. These are the connectors that prompt a climate scientist challenged by a captain of industry to appeal to the institution of science, with its army of researchers and mountains of data, rather than to "capital-S Science" as a higher authority. Such modes of extension--or modes of existence, Latour argues here--account for the many differences between law, science, politics, and other domains of knowledge.

"Magnificent...An Inquiry into Modes of Existence shows that Latour] has lost none of his astonishing fertility as a thinker, or his skill and wit as a writer...Latour's main message--that rationality is 'woven from more than one thread'--is intended not just for the academic seminar, but for the public square--and the public square today is global as never before."
--Jonathan R e, Times Literary Supplement "Latour's work makes the world--sorry, worlds--interesting again."
--Stephen Muecke, Los Angeles Review of Books