Then They Came for Mine: Healing from the Trauma of Racial Violence (Paperback) 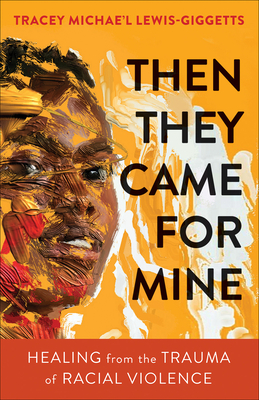 Then They Came for Mine: Healing from the Trauma of Racial Violence (Paperback)

Black Americans' resilience during centuries of racially-motivated violence is beyond remarkable. But continuing to endure this harm allows for generations of trauma to fester and grow. Healing has to be the priority going forward.

For decades, Tracey Michae'l Lewis-Giggetts clung to her upbringing in the church, believing that racial reconciliation would come through faith and discipline, being respectable, and doing what's right. But when her cousin became the victim of a white supremacist's hateful rampage, her body and soul said, "no more."

The trauma of America's racial history, wreaking havoc on not only Black and Brown folk but white people too, in its own way, will not be alleviated without the will to face it head-on. We must name the dehumanization that plagues us, practice truth-telling and self-care, and make space for our vulnerability--to do the hard work of healing ourselves and our communities.

This book is written with that healing in mind. It unpacks how American systems and institutions enable the kind of violence we've seen connected to white supremacy and nationalism. It examines the way media has created a desensitization to violence against Black bodies. It outlines what it looks like for a person who claims to follow Jesus to be anti-racist. But more than anything, it offers a blueprint for healing and reconciliation that includes the necessity of white people untangling from an ancestral mandate of colonization and false notions of supremacy, and Black and Brown people reckoning with the impact of trauma and feeling free to grieve in whatever way grief shows up.