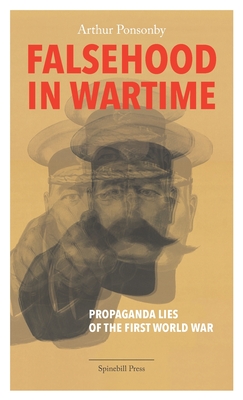 Falsehood in Wartime is a compelling exploration into the early days of war propaganda. Fake news and government lies, manufactured truths and distorted reporting are not modern inventions, but have been weapons in the arsenals of war for a long time.

The "Great War" was the first war that required broad public support. Using contemporary news articles, official statements and parliamentary records, Arthur Ponsonby meticulously dissects the techniques used to generate the desired public passion for war. These propaganda methods are still applied in our time - by governments, media pundits and military public relations departments - and Falsehood in Wartime provides a fascinating perspective for understanding both World War I and the wars and conflicts of the 21st century.