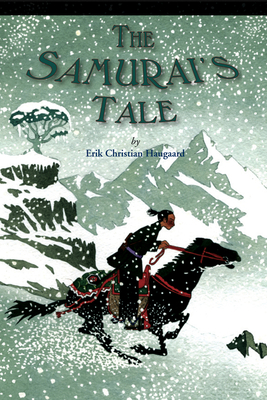 Taro will become a samurai and redeem the family legacy that has been stolen from him. A classic tale of adventure.

When the powerful Lord Takeda’s soldiers sweep across the countryside, killing and plundering, they spare the boy Taro’s life and take him along with them.

Taro becomes a servant in the household of the noble Lord Akiyama, where he meets Togan, a cook, who teaches Taro and makes his new life bearable.

But when Togan is murdered, Taro’s life takes a new direction: He will become a samurai, and redeem the family legacy that has been stolen from him.

"The Samurai's Tale, poetic yet unflinching, is excellent." —Boston Herald

Erik Haugaard was born in Denmark and has traveled extensively in the United States, Italy, Spain, and Japan. Called "a writer gifted in the art of the storyteller" by the BOSTON GLOBE, he is internationally known for his accomplishments as a playwright, poet, and translator. He has won critical acclaim for his books for young readers, including A BOY'S WILL, THE UNTOLD TALE, and CROMWELL'S BOY.

"A riveting tale for teens who like adventure infused with an ancient historical flavor." — Booklist

“To enter The Samurai's Tale is to immerse oneself completely in sixteenth-century Japan, when powerful warlords struggled for supremacy. Seldom does a historical novel evoke the mood, color, and soul of an era as skillfully as this one does. The Samurai's Tale, poetic yet unflinching, is excellent.” — Boston Herald