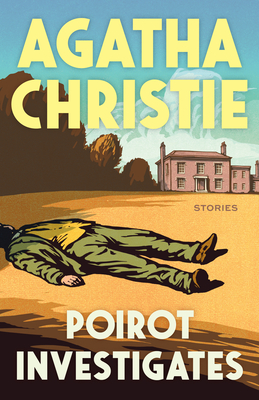 The first collection of short stories featuring one of the world's favorite fictional detectives, Hercule Poirot

No criminal can outwit Agatha Christie's famously eccentric Belgian detective as he uses his little grey cells to solve a series of ingenious crimes. From a film star's disappearing diamond to a death in a locked room to the abduction of a prime minister, no plot is too fiendishly clever to withstand Hercule Poirot's deductive powers for long.

A treat for mystery lovers of all kinds, this collection of short stories proves once gain that Christie is the queen of mystery.
AGATHA CHRISTIE (1890-1976) was born in Devon, England. She wrote more than seventy books and 150 short stories, as well as works for stage and screen. Her novel And Then There Were None is considered the world's bestselling mystery novel, and her play The Mousetrap is the longest-running play in London theater history.