Who Is Dale Earnhardt Jr.? (Who Was?) (Paperback) 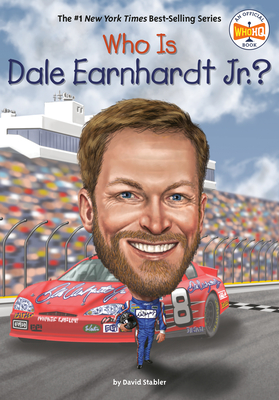 Who Is Dale Earnhardt Jr.? (Who Was?) (Paperback)


On Our Shelves Now at:
Rev your engines and get ready for this exciting look at how Dale Earnhardt Jr. lived up to his family legacy and became one of the greatest professional stock car racing drivers in the world.

No one was surpised when Dale Earnhardt Jr. began his racing career at age seventeen. His father and grandfather were professional racers, and he spent most of his childhood servicing cars at his dad's dealership. Now Dale was ready for his own turn in the driver's seat. He started out racing in the Street Stock division but would go on to win several NASCAR championships before retiring from driving fulltime in 2017. Dale Earnhardt Jr.'s passion and dedication to the sport he loves is why he is considered the most popular professional driver in the world.
David Stabler is the author of several books, including Kid Scientists: True Tales of Childhood from Science Superstars. He lives in Brooklyn, New York.