How You Came to Be (Hardcover) 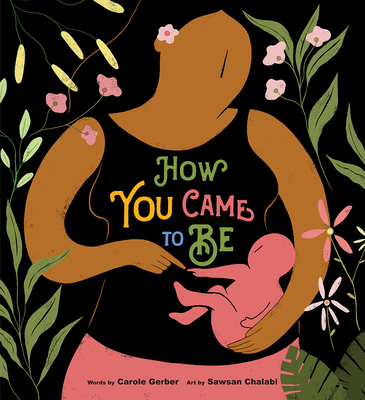 How You Came to Be (Hardcover)


On Our Shelves Now at:
This love letter written from mother to child invites readers to experience a baby's month-by-month development in the womb as compared to familiar fruits and vegetables.

A mother lovingly describes the sizes and stages of her baby's month-by-month development inside the womb, and the amazement of experiencing it from the outside.

Look at you - as big as a banana!
Some of your cells formed into bones,
and your arms and legs grew longer.
I could feel you kick!
Sometimes when I rubbed my belly,
I felt you thump back.
Was that your way of saying hello?


Simple, age-appropriate facts are woven into a tender and lyrical text that celebrates the miracle of a baby. It demystifies and informs readers, while simultaneously appreciating the wonder of it all. A perfect read-aloud for mother and child, or for children whose mothers are pregnant with a younger sibling.
Poet and author Carole Gerber has written nearly two dozen picture books, readers, and chapter books, as well as more than one hundred elementary science and reading texts for major publishers. Her picture book A Band of Babies (2017) was named one of the Best Children's Books of the Year by Amazon editors. Her poetry book Seeds, Bees, Butterflies, and More! (2014) was named a Notable Poetry Book by the NCTE. Her picture book Winter Trees (2009) won an Outstanding Picture Book Award from the CBC and the NSTA. She holds a BS in English education and an MA in journalism from Ohio State, and has taught middle school and high school English as well as college newswriting and factual writing at OSU. Learn more at www.carolegerber.com.

Sawsan Chalabi is a Lebanese-American illustrator and designer. She earned her MFA in Illustration from Savannah College of Art and Design. When she is not at her computer making digital illustrations, she can be found in her studio getting messy with inks and paint. Her work has been published with several magazines and publishing houses such as Cricket Magazine, Bust Magazine, Wine & Spirits Magazine, Applied Arts Magazine, Penguin Random House, and Lee & Low Books, among others. She currently resides in Washington, D.C.
"A loving and encouraging intro to birth for kids." -- Publishers Weekly

"A sweet gift for expectant parents and a suitable read-aloud for an older sibling or a child curious about baby development." -- School Library Journal