RAINBOW IN THE NIGHT A Journey of Redemption (Paperback) 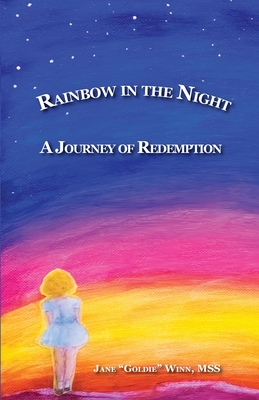 RAINBOW IN THE NIGHT A Journey of Redemption (Paperback)

Although a rainbow in the night sounds impossible, maybe even mythical, these striking "moonbows" are indeed a real but rare phenomenon. Just like

solar rainbows, lunar rainbows are formed by the refraction of light in many water droplets, but the light source for a lunar rainbow is moonlight rather than sunlight.

Because the light reflecting off the moon is much less intense than the light of the sun, it is difficult for the human eye to detect the colors in a lunar rainbow. To the human eye, a rainbow in the night may appear grey or white. However, all the colors are indeed present, and do become visible in long exposure photographs.

In many ways, my life parallels a rainbow in the night. At times I felt dark, devoid of color and meaning, but all along every bright and beautiful hue was visible to my Creator. Just like the radiant colors of a moonbow are revealed by a long exposure photograph, after decades of walking with the Lord,

vivid shades are emerging from my darkness. Over the years, the Lord has made visible to me the luminous colors of my life, colors that had been previously veiled from my sight. Now, as the Lord has granted me deeper and deeper healing, and opened my eyes to the brilliance of His work in my life I have come to appreciate the fulfillment of His promises.

I realize that I will not see the fullness of these colors until I can see this rainbow more clearly from an eternal perspective. But in the meantime, I'd like to share what the Lord has shown me as I can perceive it from my finite perspective.