The Hub of the Gay Universe: An LGBTQ History of Boston, Provincetown, and Beyond (Paperback) 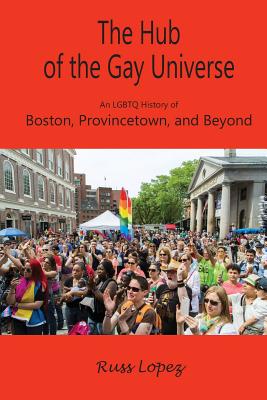 The Hub of the Gay Universe: An LGBTQ History of Boston, Provincetown, and Beyond (Paperback)


Not On Our Shelves—Ships in 1-5 Days
(This book cannot be returned.)
This LGBTQ history of Boston and Provincetown begins with the coming of Europeans to Massachusetts in 1620 and ends with the victory over the referendum to overturn transgender rights in 2018. It includes the many high points of these four hundred years: the torrid romances of nineteenth century actress Charlotte Cushman, the glamorous nightlife of 1950s Boston, the wild times of 1970s Provincetown, and the great outpouring of happiness that accompanied the country's first same-sex marriages. And it describes the tragedies: murders of trans women and gay men, the terrible waves of repression of the 1920s, and the devastation of the AIDS years. It documents how LGBTQ people have been present in the region at least since the coming of Europeans and how LGBTQ people had developed a political consciousness and were advocating for their rights well over a century before Stonewall. This is an important book for anyone who has lived in or visited this historic city and fabulous resort or anyone who cares about the history of LGBTQ people.
The author of Boston 1945-2015 and Boston's South End, Lopez is a researcher and historian who resides in Boston.