Out of the Darkness (Paperback) 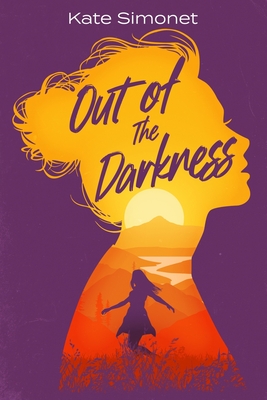 Out of the Darkness (Paperback)

As a senior in high school, I had what many would call an "All-American Life." I was varsity captain in three sports, was named the most athletic female in my highschool, an academic honors student, and, in seven short months, I would be on my way to a Division II college to pursue my education and compete on the cross country and track team. My parents are supportive and married. I have a loving sister. I was truly happy and thankful for the life I had and all the hard work I had put in to get me to where I was.

Despite this "All-American" background, nothing had prepared me for the downward spiral that led me to two, two-weeklong psychiatric hospitalization stays and a suicide attempt before those seven months were up. I would later be diagnosed with Bipolar Disorder and, with time, learn to overcome stigma, and eventually find peace and learn to live a successful and meaningful life.

If I had a better understanding of what mental illnesses looked like and had the correct resources and language to ask for help, things would not have been so difficult for my younger self. I believe that if my parents and friends had known more about mental health issues I would not have had to go through what I did.

I wish there were more awareness and education of how mental health issues can affect even a successful, driven, loved, and supportive kid. I don't want what happened to me to happen to anyone else. I hope by sharing my story I can bring awareness to mental health and give the reader a sense of hope. If people do not share their experiences, how do we learn from one another and help each other along the way?