Where There's a Will (Nero Wolfe #8) (Paperback) 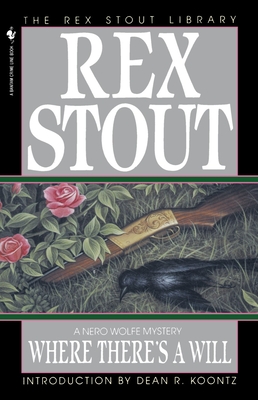 Where There's a Will (Nero Wolfe #8) (Paperback)

This is book number 8 in the Nero Wolfe series.

Why did the late multimillionaire Noel Hawthorne leave his sisters, April, May, and June, a peach, a pear, and an apple? Why did he will the bulk of his considerable estate to a woman who was most definitely not his wife? Now Nero Wolfe, able, astute, and unscrupulous detective that he is, must get to the bottom of a will that’s left a whirlpool of menace . . . and a legacy of murder that’s about to be fulfilled.