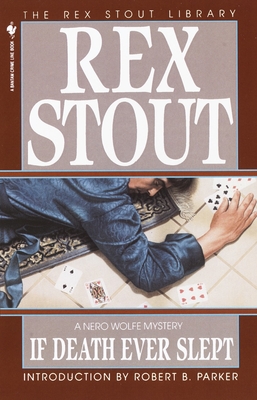 This is book number 29 in the Nero Wolfe series.

Murder lurks in the wings of the sprawling Fifth Avenue penthouse of multimillionaire Otis Jarrell, who has just retained the incomparable Nero Wolfe on a case of the utmost confidentiality. But even the master detective cannot prevent tragedy when it inevitably arrives wielding Jarrell’s missing revolver. Soon a second victim meets his maker, and Wolfe must piece together the truth behind Jarrell’s scandalously ill-behaved family. And for one member of that charmed circle—a two-time killer sleeping the fitful sleep of the guilty—it could prove a deadly awakening.

Introduction by Robert B. Parker