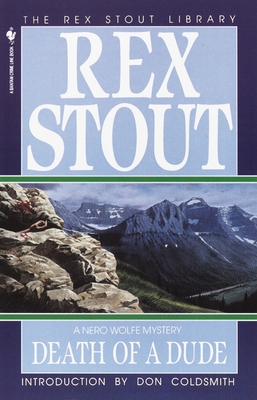 This is book number 44 in the Nero Wolfe series.

The mountain couldn’t come to Wolfe, so the great detective came to the mountain—to Lame Horse, Montana, to be exact. Here a city slicker got a country girl pregnant and then took a bullet in the back. Wolfe’s job was to get an innocent man exonerated of the crime and catch a killer in the process. But when he packed his silk pajamas and headed west, he found himself embroiled in a case rife with local cynicism, slipshod police work, and unpleasant political ramifications. In fact, Nero Wolfe was buffaloed until the real killer struck again, underestimating the dandified dude with an unerring instinct for detection.