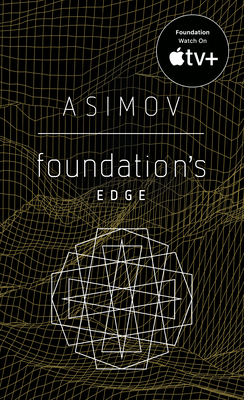 
On Our Shelves Now at:
The fourth novel in Isaac Asimov’s classic science-fiction masterpiece, the Foundation series

At last, the costly and bitter war between the two Foundations has come to an end. The scientists of the First Foundation have proved victorious, and now they return to Hari Seldon’s long established plan to build a new Empire on the ruins of the old. But rumors persist that the Second Foundation is not destroyed after all—and that its still-defiant survivors are preparing their revenge. Now two exiled citizens of the Foundation—a renegade Councilman and a doddering historian—set out in search of the mythical planet Earth . . . and proof that the Second Foundation still exists.

Meanwhile someone—or something—outside of both Foundations seems to be orchestrating events to suit its own ominous purpose. Soon representatives of both the First and Second Foundations will find themselves racing toward a mysterious world called Gaia and a final, shocking destiny at the very end of the universe.
Isaac Asimov began his Foundation series at the age of twenty-one, not realizing that it would one day be considered a cornerstone of science fiction. During his legendary career, Asimov penned more than 470 books on subjects ranging from science to Shakespeare to history, though he was most loved for his award-winning science-fiction sagas, which include the Robot, Galactic Empire, and Foundation series. Named a Grand Master of Science Fiction by the Science Fiction Writers of America, Asimov entertained and educated readers of all ages for close to five decades. He died in 1992.