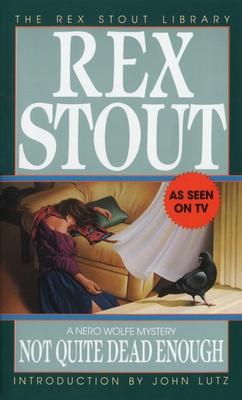 This is book number 10 in the Nero Wolfe series.

The army wants Nero Wolfe urgently, but he refuses their clarion call to duty. It takes Archie Goodwin to titillate Wolfe’s taste for crime with two malevolent morsels: a corpse that refuses to rest in peace and a sinister “accident” involving national security. It’s up to the Grandiose Master himself, Nero Wolfe, to set the traps to catch a pair of wily killers—as Archie lays the bait on the wrong side of the law.