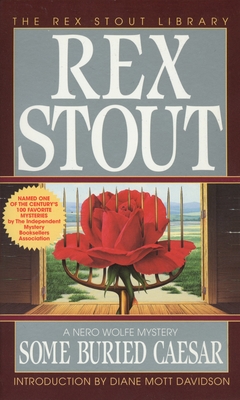 This is book number 6 in the Nero Wolfe series.

An automobile breakdown strands Nero Wolfe and Archie in the middle of a private pasture—and a family feud over a prize bull. A restaurateur’s plan to buy the stud and barbecue it as a publicity stunt may be in poor taste, but it isn’t a crime . . . until Hickory Caesar Grindon, the soon-to-be-beefsteak bull, is found pawing the remains of a family scion. Wolfe is sure the idea that Caesar is the murderer is, well, pure bull. Now the great detective is on the horns of a dilemma as a veritable stampede of suspects—including a young lady Archie has his eye on—conceals a special breed of killer who wins a blue ribbon for sheer audacity.