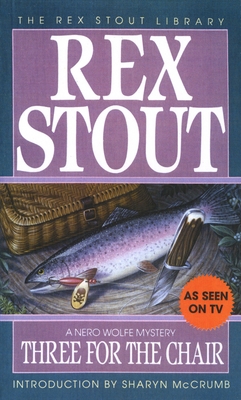 This is book number 28 in the Nero Wolfe series.

Follow the world’s greatest detective, Nero Wolfe, on a trail of money, mayhem, and murder in three cases of capital crime.

The trail of bodies begins with the death of a self-made millionaire, a fortune in uranium, and the perfect weapon . . . which no longer exists. Then it’s on to a rural lodge to teach two arrogant billionaires, a foreign ambassador, and a famous diplomat that murder is bad for business. Finally, it’s a case of politics making the strangest of bedfellows when a fake millionaire becomes a real corpse in the state capital and the evidence has Nero and Archie in the hot seat.