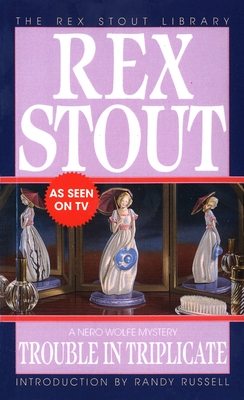 This is book number 14 in the Nero Wolfe series.

They all thought they were about to die . . . and they were right. Dazy Perrit was an underworld kingpin until a hail of bullets sent him into early retirement. Ben Jensen was a well-connected publisher until a determined gunman severed all his connections. Eugene R. Poor made novelties like exploding cigars until one of them blew him to kingdom come. Only the gourmet sleuth, Nero Wolfe, and his sidekick, Archie Goodwin, can solve the deadly equation of murder times three.