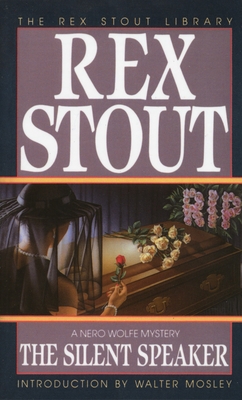 This is book number 11 in the Nero Wolfe series.

When a powerful government official, scheduled to speak to a group of millionaires, turns up dead, it is an event worthy of the notice of the great Nero Wolfe. Balancing on the edge of financial ruin, the orchid-loving detective grudgingly accepts the case. Soon a second victim is found bludgeoned to death, a missing stenographer’s tape causes an uproar, and the dead man speaks, after a fashion. While the buisness world clamors for a solution, Nero Wolfe patiently lays a trap that will net him a killer worth his weight in gold.