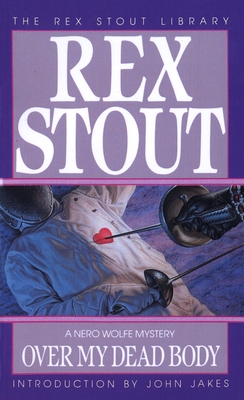 This is book number 7 in the Nero Wolfe series.

When a Balkan beauty gets in trouble over some missing diamonds, whom else can she turn to but the world-famous Nero Wolfe?  Especially since she claims to be Wolfe's long lost daughter!  The stakes are suddenly raised when a student at this woman's fencing school ends up dead after a pointed lesson.  As Wolfe and his sidekick, Archie, thrust and parry into a tangle of documents, identities and international intrigue, another student body turns up, expertly skewered through the heart.  Is Wolfe's long lost daughter the black sheep of the family, a hot-blooded mistress of murder?