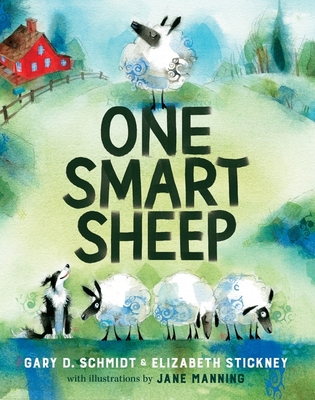 
On Our Shelves Now at:
It takes one smart sheep to escape from a piano movers’ van and find his way home in this humorous friendship story for emerging and newly independent readers by beloved, award-winning author Gary D. Schmidt and coauthor Elizabeth Stickney.

Wilson is a curious sheep, and after he foolishly climbs into the back of a piano movers' truck, he ends up alone in the big city, far from the farm. But Wilson is also one smart sheep, and soon enough he's finding his way home to his worried owner by recognizing the sounds that he heard while he was trapped in the truck—a jackhammer, a calliope, a hotdog man. And could that be the excited barking of his friend Tippy, the border collie?

This lighthearted story about loyalty, problem solving, friendship, and independence is divided into short, action-packed chapters and has the cozy feel of a modern classic.

Gary D. Schmidt is the best-selling author of many books for young readers, including Just Like That; National Book Award finalist Okay for Now; Pay Attention, Carter Jones; Orbiting Jupiter; the Newbery Honor and Printz Honor Book Lizzie Bright and the Buckminster Boy; and the Newbery Honor Book The Wednesday Wars. He is a professor of English at Calvin University in Grand Rapids, Michigan.

Jane Manning has illustrated dozens of children's books, several of which she also wrote. She lives in Deep River, Connecticut.

"A charming simplicity and breezy execution mark this effective easy reader.... Fans of DiCamillo’s Mercy Watson will surely want to pal around with Wilson and Tippy."—The Bulletin of the Center for Children's Books —