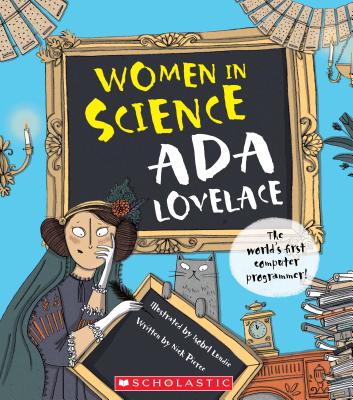 
Not On Our Shelves—Ships in 1-5 Days
Every time you play a computer game or talk with a friend on your smartphone, you can only do so because of the pioneering work by Ada Lovelace.Women in Science series takes a highly visual approach to telling the stories of important women scientists. Features include bite-sized text telling the story of a scientist's life, groundbreaking works, and legacy for young readers (Ages 7-8).Ada Lovelace's brilliant talent for mathematics and huge imagination helped to pave the way for the invention of the computer software that powers the world around us. Her work was groundbreaking. Unlike her poet father Lord Byron, she was not a famous figure during her lifetime. However, she became known to those who knew her as the "enchantress of numbers."
Isobel Lundie graduated from Kingston University in 2015 where she studied illustration and animation. She is interested in how colorful and distinctive artwork can transform stories for children.
Nick Pierce graduated from the University of Oxford with a degree in English. He has worked in television production and publishing. He is also a writer, specializing in history and information titles for children.