All About Minerals (A True Book: Digging in Geology) (Paperback): Discovering the Building Blocks of the Earth (Paperback) 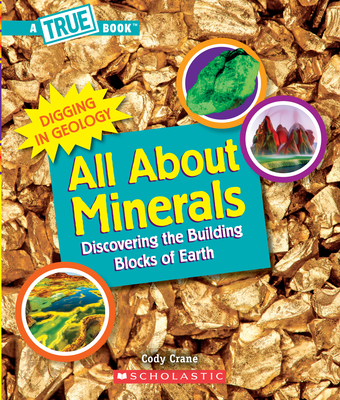 All About Minerals (A True Book: Digging in Geology) (Paperback): Discovering the Building Blocks of the Earth (Paperback)


Backordered
What are minerals and how do they form?

What do they look like and where are they found? This book answers these questions and many more about magnificent minerals. From their role as the building blocks of rocks to the most common minerals on Earth, everything readers need to know is covered!

Cody Crane is an award-winning nonfiction children’s writer. From a young age, she was set on becoming a scientist. She later discovered that writing about science could be just as fun as the real thing. She lives in Houston, Texas, with her husband and son.
Gary LaCoste began his illustration career in the toy and game industry, where his clients included Hasbro, Nickelodeon, and Lego. He has illustrated more than 25 children's books. Gary lives in western Massachusetts with his wife, Miranda, and daughter, Ashley.