Noël Coward on (and in) Theatre (Hardcover) 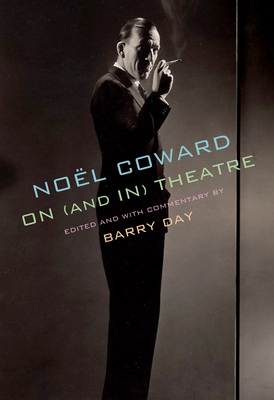 Noël Coward on (and in) Theatre (Hardcover)


On Our Shelves Now at:
Noël Coward on theatre was as dazzling and entertaining as his masterful plays and lyrics. Here his ideas and opinions on the subject are brilliantly brought together in an extraordinary collection of commentary, lyrics, essays, and asides on everything having to do with the theatre and Coward's dazzling life in it.

Coward on the critics—many of whom irritated him over the years but came to admire him: James Agate, Alexander Woollcott, Graham Greene, Kenneth Tynan among them.

And on the plays he wrote, among them: The Vortex; Hay Fever; Private Lives; Design For Living; Blithe Spirit.
Here is the Master on the producers who crossed his path: André Charlot, C. B. Cochran, Binkie Beaumont. And the actors in the Coward galaxy: John Gielgud, Laurence Olivier, Gertrude Lawrence, the Lunts, etc. . . .

And last, but Noël Coward least, his experience in, and thoughts on: revue, cabaret, television, and musical theater, Bitter Sweet, Conversation Piece, Pacific 1860, After the Ball, Ace of Clubs, Sail Away, The Girl Who Came to Supper, Words and Music, This Year of Grace, London Calling! . . . and much more.

Ingeniously, deftly compiled, edited, and annotated by Barry Day, Coward authority and editor of The Noёl Coward Reader and The Letters of Noёl Coward.
BARRY DAY was born in England and received his M.A. from Balliol College, Oxford. He has written and produced plays and musical revues showcasing the work of Noël Coward, the Lunts, Oscar Wilde, and others. Day is a fellow of the Royal Society of Arts and a Trustee of the Noёl Coward Foundation and was awarded the Order of the British Empire.
“A thorough, useful, and handsomely produced compendium of [Coward’s] extensive writing on the medium through which he most frequently and most effectively expressed himself . . . in Day’s pages, Coward tells us that theater is not a place for ideas, for probing motive, for engaging with the dark or the barely understood in human life—it is diversion, pure and simple.”—Simon Callow, Airmail

“[Coward’s] dual role—equal parts revolutionary and reactionary—is handsomely illuminated in Barry Day’s Noël Coward on (and in) Theatre . . . Throughout, he addresses his subject with clear-eyed affection . . . compelling . . . a many-pieced mosaic of a man of many pieces.”—Brad Leithauser, Wall Street Journal

“An illuminating collection of anecdotes, encomiums, and gripes . . . Theater fans will savor this portrait of a confident artist (“I am probably the best comedian alive”) whose wit wasn’t confined to the stage . . . An entertaining peek behind the curtain at 60 years in the theater.”—Kirkus