Where the Water Ends: Seeking Refuge in Fortress Europe (Paperback) 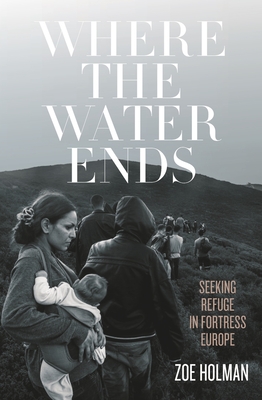 Where the Water Ends: Seeking Refuge in Fortress Europe (Paperback)


Not On Our Shelves—Ships in 1-5 Days
Around the world, forced migration doubled in the decade leading up to 2019. Over that time, the borders of the European Union became the world's deadliest frontier. More than 20,000 people have died or disappeared while attempting to gain entry since 2012, the year the EU was awarded the Nobel Peace Prize. In Where the Water Ends, Zoe Holman traces the story of this frontier from the perspective of migrants, mainly from the Middle East, via Greece, the cradle of European and 'western' civilisation, now itself marginalised within the EU and precariously hosting some 90,000 refugees. This is human history in the best sense. Through Holman's account we see the intricate and complex daily, monthly, and yearly challenges of those seeking, within or outside of 'the system,' a future for themselves and their loved ones in which they can be safe and thrive. Where the Water Ends urges us to reflect on the lessons of the past, the isolationist spirit of the present, and the promises and failures of the international institutions and conventions we continue to rely on in our hope for a better future.
Zoe Holman is a journalist, historian, and poet, writing on international politics, gender, and the Middle East. Her reporting and essays have appeared in outlets including The Guardian, The Economist, London Review of Books, The Sydney Morning Herald, and VICE.