Proximity and Distance: Space, Time and World War I (Hardcover) 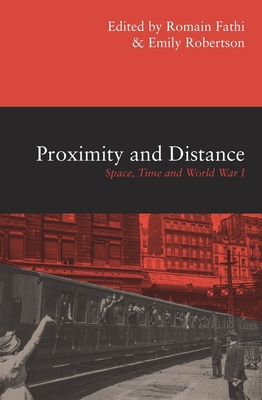 Proximity and Distance: Space, Time and World War I (Hardcover)


Special Order—Subject to Availability
The global magnitude of World War I has meant that proximity and distance were highly influential in the ways the conflict was conducted, and how it was experienced at tactical, political and emotional levels. This book explores how participants and observers in World War I negotiated the temporal and spatial challenges of the conflict. International in scope, it investigates how technology, mass media, elite diplomacy and imperial networks interacted in conjunction with proximity and distance. The authors canvass a range of approaches to the conflict, from cultural history to social, political and military history. Proximity and distance were contingencies that participants had to continually adapt to. This book documents the ways in which these adaptations were approached.
Romain Fathi (Author)
Dr Romain Fathi is a Lecturer in History at Flinders University and an Affiliated Researcher at the Centre d'Histoire de Sciences Po in Paris. His research interests are concerned with war commemorations, World War I, and Australian war memorialisation in France. Dr Fathi publishes in French and in English, and has taught at several universities, including Sciences Po, Yale, and the University of Queensland. His latest book, Our Corner of the Somme, was published with Cambridge University Press in 2019.

Emily Robertson (Author)
Dr Emily Robertson teaches at the Strategic Defence Studies Centre at ANU and did her PhD at UNSW Canberra. Her research focuses on the role that propaganda plays in military strategy and recruiting. She has published numerous book chapters and journal articles on Australian First World War propaganda.