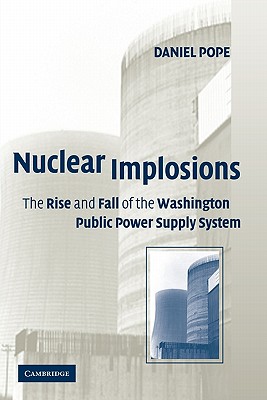 
Not On Our Shelves—Ships in 1-5 Days
(This book cannot be returned.)
Nuclear Implosions tells the story of a state government agency's failed attempt in the 1970s to build five large nuclear power stations in the Pacific Northwest of the United States. Facing huge cost overruns and long construction delays, the agency completed only one plant and found itself unable to repay a $2.25 billion of municipal bonds. These projects reflect the tangled relationships between American nuclear power and nuclear weaponry, the emerging era of limits, and the nation's troubled attempts to resolve conflicts through complex legal cases.