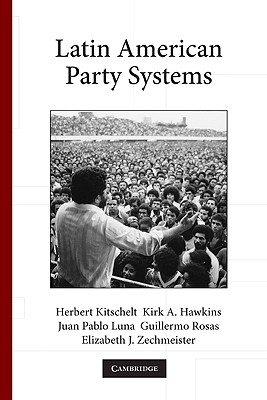 
Not On Our Shelves—Ships in 1-5 Days
Political parties provide a crucial link between voters and politicians. This link takes a variety of forms in democratic regimes, from the organization of political machines built around clientelistic networks to the establishment of sophisticated programmatic parties. Latin American Party Systems provides a novel theoretical argument to account for differences in the degree to which political party systems in the region were programmatically structured at the end of the twentieth century. Based on a diverse array of indicators and surveys of party legislators and public opinion, the book argues that learning and adaptation through fundamental policy innovations are the main mechanisms by which politicians build programmatic parties. Marshalling extensive evidence, the book's analysis shows the limits of alternative explanations and substantiates a sanguine view of programmatic competition, nevertheless recognizing that this form of party system organization is far from ubiquitous and enduring in Latin America.