Utilitarianism: For and Against (Paperback) 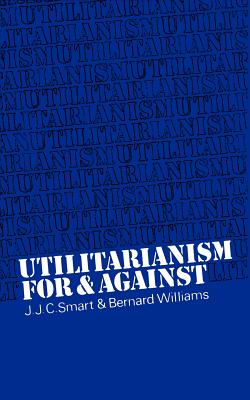 Utilitarianism: For and Against (Paperback)


Not On Our Shelves—Ships in 1-5 Days
Two essays on utilitarianism, written from opposite points of view, by J. J. C. Smart and Bernard Williams. In the first part of the book Professor Smart advocates a modern and sophisticated version of classical utilitarianism; he tries to formulate a consistent and persuasive elaboration of the doctrine that the rightness and wrongness of actions is determined solely by their consequences, and in particular their consequences for the sum total of human happiness. In Part II Bernard Williams offers a sustained and vigorous critique of utilitarian assumptions, arguments and ideals. He finds inadequate the theory of action implied by utilitarianism, and he argues that utilitarianism fails to engage at a serious level with the real problems of moral and political philosophy, and fails to make sense of notions such as integrity, or even human happiness itself. This book should be of interest to welfare economists, political scientists and decision-theorists.