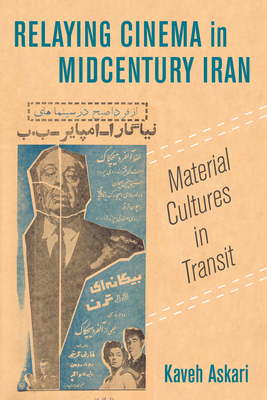 
Not On Our Shelves—Ships in 1-5 Days
Relaying Cinema in Midcentury Iran investigates how the cultural translation of cinema has been shaped by the physical translation of its ephemera. Kaveh Askari examines film circulation and its effect on Iranian film culture in the period before foreign studios established official distribution channels and Iran became a notable site of world cinema. This transcultural history draws on cross-archival comparison of films, distributor memos, licensing contracts, advertising schemes, and audio recordings. Askari meticulously tracks the fragile and sometimes forgotten material of film as it circulated through the Middle East into Iran and shows how this material was rerouted, reengineered, and reimagined in the process.

Kaveh Askari is Associate Professor and Director of the Film Studies Program at Michigan State University. He is author of Making Movies into Art.