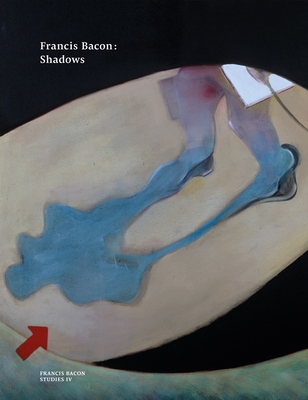 The latest book in the acclaimed Francis Bacon Studies series, this volume explores little-known aspects of Bacon’s life and work and includes never before published paintings by the artist.

Francis Bacon: Shadows continues in the revelatory mode established by Inside Francis Bacon. It comprises six essays on diverse topics, interpretative as well as factual, which cumulatively present an abundance of fresh ideas and information about Bacon. The fundamental aim of the series—to rethink Bacon’s art from new perspectives—is impressively fulfilled by the eminent authors.

Martin Harrison opens the book with some hitherto unseen Bacon-related photographs and includes a tribute to the great Bacon scholar, David Boxer (1946–2017). Christopher Bucklow turns his attention to the contrast between Bacon’s art and the art of our own times, setting Bacon in the context of Romantic Modernism’s confidence in the unconscious as a source. Amanda Harrison’s essay explores imagery in Bacon’s paintings that relates to esoteric, mythological, and alchemical themes, while Stefan Haus draws on the ideas of philosophers from Plato to Hegel to consider the impact of Bacon’s art. Hugh Davies’s unexpurgated 1973 Bacon Diaries are published here in their entirety for the first time, revealing a more complete view of Bacon as both man and artist. Sophie Pretorius examines Tate’s Barry Joule Archive, a collection of working materials and drawings attributed to Bacon.

Finally, Martin Harrison explores Francis Bacon’s Lost Paintings—works Bacon dubbed “failures” but which were photographed before he destroyed them; they are published here for the very first time.


Christopher Bucklow is a photographer, sculptor and painter. He was a curator at the Victoria and Albert Museum from 1978 to 1986, and has written on a very broad range of art, notably including What is in the Dwat: The Universe of Guston’s Final Decade, 2007.

Amanda Harrison is a poet and independent researcher.

Stefan Haus is a Croatian writer and artist.

Hugh Davies has published widely on Bacon and from 1983 was Director of the Museum of Contemporary Art San Diego.