Blood of the Celts: The New Ancestral Story (Paperback) 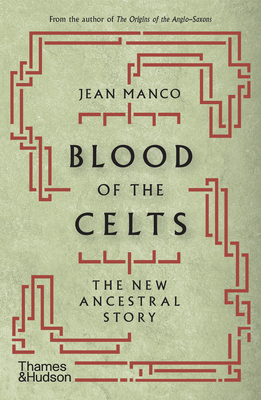 Blood of the Celts: The New Ancestral Story (Paperback)

A new approach to the study of the Celts and their origins, making use of the latest scientific and genetic discoveries, now available in paperback.

Blood of the Celts, now available in paperback, brings together the latest genetic, archaeological, and linguistic evidence to address the often-debated questions: Who were the Celts? What peoples or cultural identities should that term describe? And did they in fact inhabit the British Isles before the Romans arrived? Author and historian Jean Manco challenges existing accounts of the origins of the Celts, providing a new analysis that draws on the latest discoveries as well as ancient history.

In a novel approach, this book opens with a discussion of early medieval Irish and British texts, allowing the Celts to speak in their own words and voices. It then traces their story back in time into prehistory to their deepest origins and their ancestors, before bringing the narrative forward to the present day. Each chapter also has a useful summary in bullet points to aid the reader and highlight key facts in the story.

Jean Manco was a building historian who trained within an archaeological unit and applied an interdisciplinary approach to her work. Her other books include Ancestral Journeys and The Origins of the Anglo-Saxons.
Places the genetic findings within a
useful historical context.
— Current Archaeology

A fresh and challenging look at the story
of the Celts.
— Family Tree