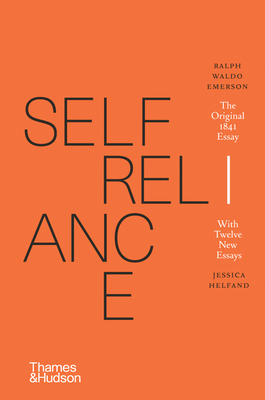 It is the once-in-a-generation events that reshape our world and our thinking, and it is in such times that we turn to timeless works that offer reassurance and provide inspiration. As Ralph Waldo Emerson wrote in “Self-Reliance,” which resonates just as strongly now, “The voyage of the best ship is a zigzag line of a hundred tacks. See the line from a sufficient distance, and it straightens itself to the average tendency. Your genuine action will explain itself, and will explain your other genuine actions. Your conformity explains nothing.” When Emerson published his most famous essay in 1841, it was in the aftermath of the calamitous financial collapse of 1837. His positive vision for the power of individualism and personal responsibility was issued in a climate filled with panic and uncertainty, and at a time, much like today, when the values of society and humanity were in the process of being reformed.

Emerson’s text is widely available to read online, but this new, graphically reimagined edition, produced with Design Observer, elevates his wisdom through the printed word and includes twelve contemporary essays by Jessica Helfand. To suggest, as Emerson’s text does, that the richest lives are lived with an independent mind, spirit, and creativity surely deserves to be celebrated.

Jessica Helfand is is an artist, designer, and writer. She grew up in Paris and New York City, and was educated at Yale University, where she taught for more than two decades. A founding editor of Design Observer, she is the author of numerous books on visual and cultural criticism, including Screen: Essays on Graphic Design, New Media, and Visual Culture; Design: The Invention of Desire; and Face: A Visual Odyssey.

This slim volume...is in part, a gorgeously reimagined new edition of Emerson’s original 1841 essay, then, a call for perspective during time of tremendous cultural upheaval. Helfand does the world a favor by adding 12 essays of her own which help modern readers process this current moment of upheaval with much-needed Emersonian grace.

Collect the flotsam and jetsam of your mind and examine it closely via this new edition of Emerson’s Self-Reliance, accompanied by 12 mini-essays by the genius Jessica Helfand.