The World According to Lee McQueen (Hardcover) 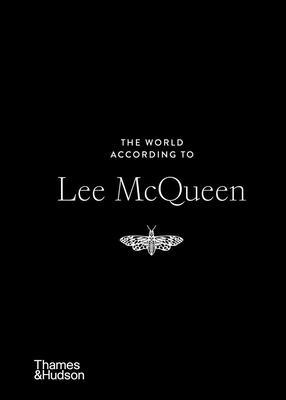 The World According to Lee McQueen (Hardcover)

Growing up in London’s East End, Alexander McQueen left school at fifteen to become a tailor’s apprentice on Mayfair’s Savile Row. At twenty-two, he attended the prestigious art and design college Central Saint Martins and, after presenting his 1992 graduate collection that was bought on the spot by influential fashion stylist Isabella Blow, went on to change the course of fashion history.

Celebrated for his uniquely radical aesthetic, McQueen has captured the public’s imagination as few other fashion designers have before or since. Like his designs, McQueen was de ant in his opinions. His quotes on creativity, “You’ve got to know the rules to break them. That’s what I’m here for, to demolish the rules but to keep the tradition”; and women, “I design clothes because I don’t want women to look all innocent and naive. . . . I want people to be afraid of the women I dress”; make this a thoroughly thought-provoking book. Featuring specially commissioned illustrations, this is the perfect gift for fans of fashion and of McQueen, capturing the sharp wit and unbridled spirit of a true visionary.

Louise Rytter is a freelance fashion curator, writer, and online editor. Formerly an assistant curator at the Victoria and Albert Museum, where she worked on the blockbuster “Alexander McQueen: Savage Beauty” exhibition, she is now content editor for the Google Arts & Culture We Wear Culture project. She is the author of Louis Vuitton Catwalk.