A Guide to Feynman Diagrams in the Many-Body Problem: Second Edition (Dover Books on Physics) (Paperback) 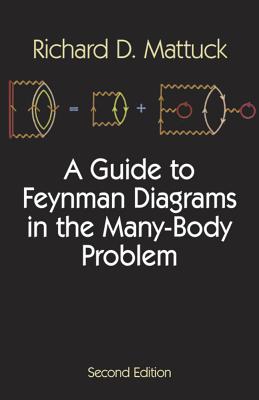 A Guide to Feynman Diagrams in the Many-Body Problem: Second Edition (Dover Books on Physics) (Paperback)


Not On Our Shelves—Ships in 1-5 Days
(This book cannot be returned.)
"A great delight to read." -- Physics Today
Among the most fertile areas of modern physics, many-body theory has produced a wealth of fundamental results in all areas of the discipline. Unfortunately the subject is notoriously difficult and, until the publication of this book, most treatments of the topic were inaccessible to the average experimenter or non-specialist theoretician.
The present work, by contrast, is well within the grasp of the nonexpert. It is intended primarily as a "self-study" book that introduces one aspect of many-body theory, i.e. the method of Feynman diagrams. The book also lends itself to use as a reference in courses on solid state and nuclear physics which make some use of the many-body techniques. And, finally, it can be used as a supplementary reference in a many-body course.
Chapters 1 through 6 provide an introduction to the major concepts of the field, among them Feynman diagrams, quasi-particles and vacuum amplitudes. Chapters 7 through 16 give basic coverage to topics ranging from Dyson's equation and the ladder approximation to Fermi systems at finite temperature and superconductivity. Appendixes summarize the Dirac formalism and include a rigorous derivation of the rules for diagrams. Problems are provided at the end of each chapter and solutions are given at the back of the book.
For this second edition, Dr. Mattuck, formerly of the H. C. Orsted Institute and the University of Copenhagen, added to many chapters a new section showing in mathematical detail how typical many-body calculations with Feynman diagrams are carried out. In addition, new exercises were included, some of which gave the reader the opportunity to carry out simpler many-body calculations himself. new chapter on the quantum field theory of phase transitions rounds out this unusually clear, helpful and informative guide to the physics of the many-body problem.