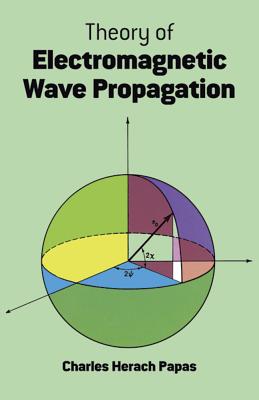 
Special Order—Subject to Availability
(This book cannot be returned.)
While there are so many books on general electromagnetic theory for graduate-level students, there are significantly fewer that concentrate on the radiation aspects as does this well-known work. Interfacing physics and electrical engineering, Dr. Papas's clearly written text discusses highly important topics in the theory of electromagnetic wave propagation and antennas in a way that reveals the inherent simplicity of the basic ideas and their logical development from the Maxwell field equation.Chapter 1: Maxwell's field equations and those parts of electromagnetic field theory necessary for understanding the remainder of the book.Chapter 2: How the dyadic Green's function can be used to compute radiation from monochromatic sources.Chapter 3: Problems of radiation emitted by wire antennas and antenna arrays from the viewpoint of analysis and synthesis.Chapter 4: Two methods of expanding a radiation field in multiples -- one based on the Taylor expansion of the Helmholtz integrals and the other, on all expansion in spherical waves.Chapter 5: Wave aspects of radio-astronomical antenna theory.Chapter 6: Theory of electromagnetic wave propagation in a plasma medium describing the behavior of an antenna immersed in such a medium.Chapter 7: Covariance of Maxwell's equations in material media and its application to phenomena such as the Doppler effect.By unifying various topics under the single mantle of electromagnetic theory, Professor Papas has made the contents of this book easy to learn and convenient to teach. In addition, the book assembles much data previously available only in scattered research literature. The result is a superb graduate-level text that can also lend itself to self-instruction by researchers.