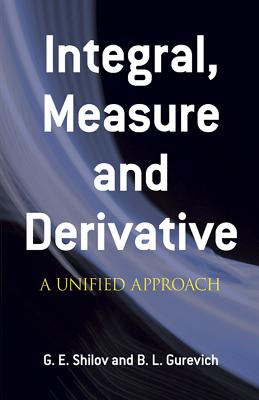 
Not On Our Shelves—Ships in 1-5 Days
(This book cannot be returned.)
This graduate-level textbook and monograph defines the functions of a real variable through consistent use of the Daniell scheme, offering a rare and useful alternative to customary approaches. The treatment can be understood by any reader with a solid background in advanced calculus, and it features many problems with hints and answers. The exposition is fresh and sophisticated, declared Sci-Tech Book News, and will engage the interest of accomplished mathematicians.
Part one is devoted to the integral, moving from the Reimann integral and step functions to a general theory, and obtaining the classical Lebesgue integral in n space. Part two constructs the Lebesgue-Stieltjes integral through the Daniell scheme using the Reimann-Stieltjes integral as the elementary integral. Part three develops theory of measure with the general Daniell scheme, and the final part is devoted to the theory of the derivative.
Georgi Evgen'evich Shilov (1917-75) was a Soviet mathematician and an expert in the field of functional analysis who contributed to the theory of normed rings and generalized functions. He is the author of five Dover books.B. L. Gurevich was a Soviet mathematician.