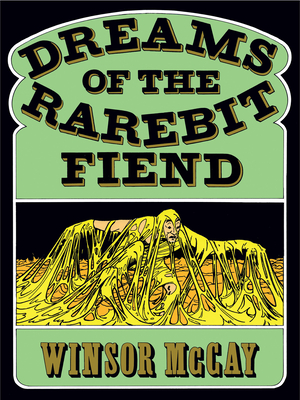 
Not On Our Shelves—Ships in 1-5 Days
(This book cannot be returned.)
From the creator of Little Nemo comes this pioneering cartoon strip, a world of dreams and nightmares, fraught with episodes of wish fulfillments and exaggerations in size and perspective. This facsimile of the rare 1905 first edition recaptures Winsor McCay's imaginative brilliance and his influence on latter-day animation with 60 cartoon sequences.
The American cinema's first great cartoon animator, Winsor McCay began his career as a newspaper cartoonist. He achieved national renown with his comic strips Little Nemo in Slumberland and Dreams of the Rarebit Fiend.