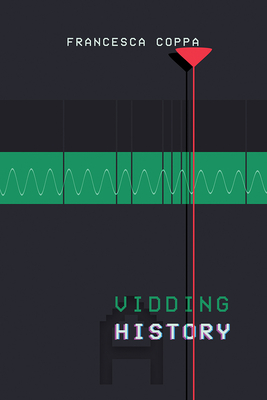 
Not On Our Shelves—Ships in 1-5 Days
Vidding is a well-established remix practice where fans edit an existing film, music video, TV show, or other performance and set it to music of their choosing. Vids emerged forty years ago as a complicated technological feat involving capturing footage from TV with a VCR and syncing with music—and their makers and consumers were almost exclusively women, many of them queer women. The technological challenges of doing this kind of work in the 1970s and 1980s when vidding began gave rise to a rich culture of collective work, as well as conventions of creators who gathered to share new work and new techniques. While the rise of personal digital technology eventually democratized the tools vidders use, the collective aspect of the culture grew even stronger with the advent of YouTube, Vimeo, and other channels for sharing work.

Vidding: A History emphasizes vidding as a critical, feminist form of fan practice. Working outward from interviews, VHS liner notes, convention programs, and mailing list archives, Coppa offers a rich history of vidding communities as they evolved from the 1970s through to the present. Built with the classroom in mind, the open-access electronic version of this book includes over one-hundred vids and an appendix that includes additional close readings of vids.

Francesca Coppa is Professor of English and Film Studies at Muhlenberg College, where she teaches courses in dramatic literature and film studies. A founding member of the Organization for Transformative Works and an architect of the Archive of Our Own, she is the editor of The Fanfiction Reader: Folk Tales for the Digital Age (2017).