Lilly: Palm Beach, Tropical Glamour, and the Birth of a Fashion Legend (Hardcover) 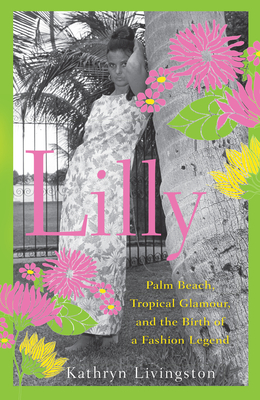 Lilly: Palm Beach, Tropical Glamour, and the Birth of a Fashion Legend (Hardcover)

Today, Lilly Pulitzer's iconic brand of clean-cut, vibrantly printed clothes called Lillys can be spotted everywhere. What began decades ago as a snob uniform in Palm Beach became a general fashion craze and, later, an American classic. In contrast to the high visibility of her brand, Lilly Pulitzer has largely kept her tumultuous personal story to herself. Bursting forth into glossy fame from a protected low-key world of great wealth and high society, through heartbreaks, treacheries, scandals, and losses, her life, told in detail here for the first time, is every bit as colorful and exciting as her designs.

Lilly is a must read not only for fans of Lilly Pulitzer and her Lilly brand, but for anyone interested in a journey through the world of privilege and the life of a true American original.

KATHRYN LIVINGSTON began her writing career as a staff writer at "Harper's Bazaar." As an editor for many years at "Town & Country, " she pioneered innovative ways of profiling the inner sanctums of privilege and power across America and the world. Her editorial work continued at Time Inc. and later as creative director of acclaimed upscale publications for Tiffany & Co. and Neiman Marcus. She is the author or coauthor of several books, including "In the Spirit of Aspen" and "High Rise Low Down." She lives in New York City.