The Jekyll and Hyde Syndrome: What to Do If Someone in Your Life Has a Dual Personality - Or If You Do (Hardcover) 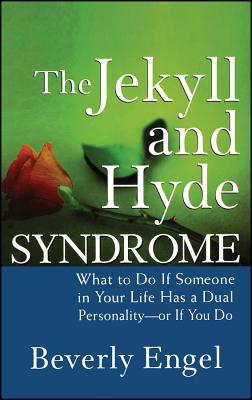 The Jekyll and Hyde Syndrome: What to Do If Someone in Your Life Has a Dual Personality - Or If You Do (Hardcover)


Not On Our Shelves—Ships in 1-5 Days
(This book cannot be returned.)
Beverly Engel brings her expertise to this important examination of the Jekyll and Hyde Syndrome--the first book to address this abusive syndrome. She discusses the origins of the disorder, names its seven major manifestations, explains how to identify Jekyll and Hyde behavior in other people and in oneself, and outlines clear steps for how to heal Jekyll and Hyde tendencies for good.
BEVERLY ENGEL, an internationally recognized expert in emotional abuse and a licensed marriage and family therapist for thirty years, is the author of numerous books, including the successful titles Healing Your Emotional Self, The Emotionally Abusive Relationship, and Loving Him without Losing You. Engel conducts professional training programs and workshops throughout the United States and Canada. She has appeared on many national television shows, including Oprah, Starting Over, Donahue, Ricki Lake, and Sally Jessy Raphael, and her work is frequently featured in print media.