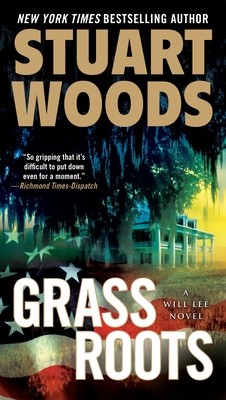 
Special Order—Subject to Availability
In this breathtaking thriller from #1 New York Times bestselling author Stuart Woods, attorney Will Lee returns to his southern roots—and gets involved in a political firestorm that could make or break his career.

As a Georgia senator’s chief of staff, attorney Will Lee knows what it takes to run a successful political campaign. With his sights on his own senate run in two years’ time, he heads to Delano, Georgia—and back to his family’s law practice—hoping to establish a presence in his home state. But his first case, defending a white man of murdering a black woman, puts Will on shaky ground. And when his boss is struck down and Will decides to run for his vacant seat, he’s catapulted into the spotlight—and becomes a target for the shadowy forces who will stop at nothing to keep him out of office...
Stuart Woods is the author of more than eighty-five novels, including the #1 New York Times-bestselling Stone Barrington series. He is a native of Georgia and began his writing career in the advertising industry. Chiefs, his debut in 1981, won the Edgar Award. An avid sailor and pilot, Woods lives in Florida, Maine, and Connecticut.
Praise for Grass Roots

“So gripping that it’s difficult to put down even for a moment.”—Richmond Times-Dispatch

“A twisting, turning tide of action and circumstance...There isn’t a dead moment or a wasted scene.”—Houston Chronicle

“Superbly plotted, its dramatic events coming at breakneck speed and its momentum hurling the reader toward the toe-curling conclusion.”—The Atlanta Journal-Constitution

“Grabs you and jerks you forward at a rapid pace, making it hard to catch your breath...There are enough surprises along the way to keep you guessing until the very end...A finely crafted novel that is full of enjoyment.”—The Chattanooga Times

“A world-class mystery writer...I try to put Woods’s books down and I can’t.”—Houston Chronicle

“Mr. Woods, like his characters, has an appealing way of making things nice and clear.”—The New York Times

“Woods certainly knows how to keep the pages turning.”—Booklist

“Since 1981, readers have not been able to get their fill of Stuart Woods’ New York Times bestselling novels of suspense.”—Orlando Sentinel