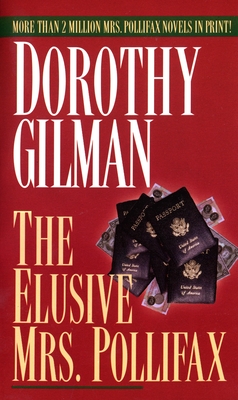 This is book number 3 in the Mrs. Pollifax series.

If you make it across the border, get us help. Some of us care. Do you understand? Right now we desperately need passports and identity papers. The arrests grow insane.

At the very hour this message was en route to the CIA, Mrs. Pollifax was waiting for her night-blooming cereus to do its thing.

She hardly got to see it, however, because Mr. Carstairs was already on his way to recruit that gallant lady for another daring mission.

Soon the most unlikely of all international spies was sporting a beautiful new hat—perfect for hiding eight forged passports.