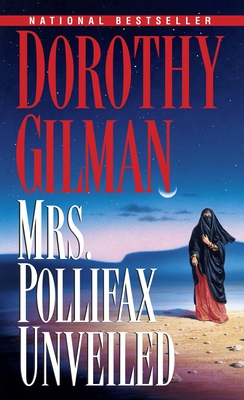 This is book number 14 in the Mrs. Pollifax series.

After facing down hijackers on a flight to the Middle East and saving the lives of the passengers on board, a young American woman steps off the plane in Damascus in a blaze of celebrity and disappears. The CIA believes Amanda Pym was kidnapped, possibly murdered.

Masquerading as Amanda Pym’s worried aunt, Mrs. Pollifax begins her determined search, slipping through Damascus’s crooked streets and crowded souks . . . and trekking deep into the desert. Yet she is shadowed by deadly enemies, whose sinister agenda threatens not only Mrs. P. but the fragile stability of the entire Middle East. Only a miracle–or a brilliant counterplot—can forestall a disaster that will send shock waves around the world.