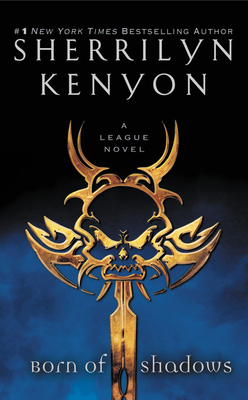 This is book number 4 in the The League series.

In a world where the League and its assassins rule, where betrayal and treachery are everywhere . . . the only survivors are those ones who are . . .

For Caillen Dagan, a defiant soldier of fortune, survival isn't a right, it's a brutal daily battle. Moving through the Ichidaian universe like a wraith, his brushes with the law and death are legendary. But when an act of rare heroism reveals his hidden birthright, he's forced into a world much more dangerous and cold-hearted than the bloody streets where he was raised-one of obscene wealth and lethal politics.

Ferocious and determined, Desideria serves as an official bodyguard for her queen. Born of questionable genetics, she will do anything to prove herself worthy of the weapons she carries and the position she's won by combat. But when she uncovers a ruthless plot to assassinate the queen and overthrow her country's government, Desideria is caught in the crosshairs.

With assassination contracts out on both of them, Caillen and Desideria must learn to fight together or die alone. And if they fail, their governments will fall into the hands of an unimaginable evil.
In just two years, Sherrilyn Kenyon has claimed the #1 spot on national bestseller lists fourteen times. This extraordinary bestselling author continues to soar to the top of every genre she writes, including manga and graphic novels. With more than twenty-five million copies of her books in print in over thirty countries, her series include: The League, Dark-Hunter Lords of Avalon, and Chronicles of Nick. Since 2004, she has placed over fifty novels on the New York Times bestseller list and her manga is an international bestseller. Proclaimed the preeminent voice in paranormal fiction by critics, Kenyon continues to blaze new trails that blur traditional genre lines.
"Kenyon boldly goes where no author has gone before and claims yet another genre as her own. With her League series, she has created a new, addictive universe and proven herself the undisputed master of the cross-genre novel."—Publishers Weekly

"[A] publishing phenomenon...[Sherrilyn Kenyon is] the reigning queen of the wildly successful paranormal scene."—Publishers Weekly

"Kenyon delivers the goods readers have come to expect, and more."—Booklist